Mirror Mirror on the Wall, Who’s the Fairest Co-founder of them all? 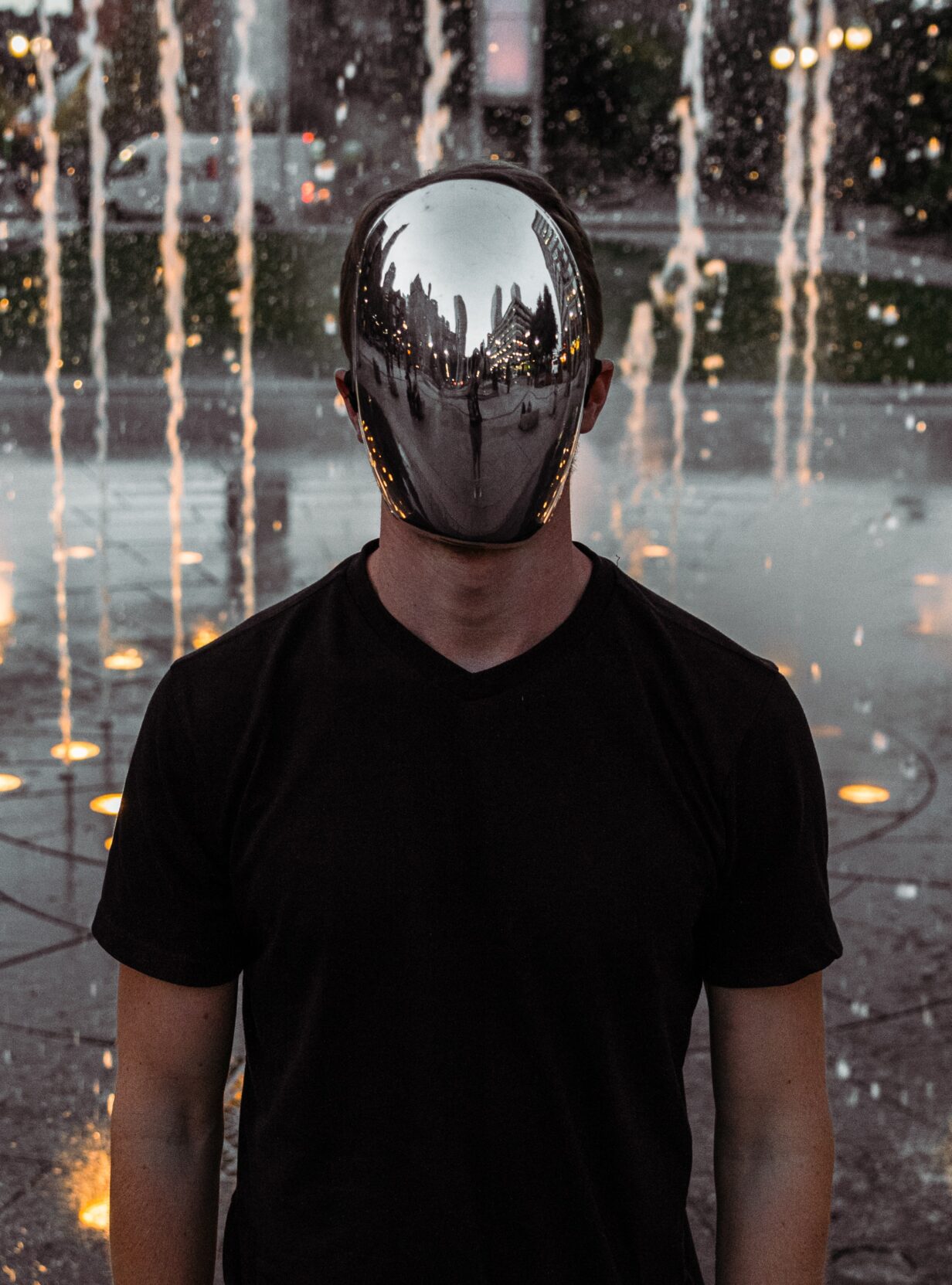 Mirror Mirror on the Wall, Who’s the Fairest Co-founder of them all?

It was 2007 — with a freshly inked business degree hanging proudly on my wall, an empty 600 square-foot office space surrounding me, and a stack of resumes 3 inches thick, I sat back in my gray telescopic chair, fumbling through the first dozen resumes, each one looking identical to the last; “Lead Developer”, “Experienced Developer”, “Advanced Developer”, a singular resounding thought echoed in my mind, “How the hell am I going to find my guy?”

Well, what does that even look like? There must be some imaginary ranking system that measures one person against the rest and labels them an “A+” I thought, right? As I continued flipping through the stack of resumes, they seemed to blend into one; one big confusing decision to make. I needed a Technical Co-Founder, and I needed my A+ hire, but the process was entirely overwhelming for a 22-year old.

When I eventually interviewed Terry, the lead developer that I hired to build the Beta website for WorldMusicLink, he not only looked different from me, he sounded different from the rest. Sure we were over 50 years apart in age, me 22, him in his mid 70s, but that wasn’t what made us different.

Terry had over five decades in the corporate world. He had battle-scars from startups gone belly-up. He had seen the promise land that startups yearn to conquer, and in most cases, had never reached. That knowledge — of failure — was invaluable to me. For failure, was my single greatest fear. Terry had developed a calm in the face of uncertainty, of startup insolvency, and had learned to persevere despite past failed attempts at success. I had no such comprehension of what the battle would truly look like, as I had only read about it in books, listened to successful entrepreneurs boast of their triumphs, yet I knew that I needed to surround myself with a technical co-founding team member who had tasted defeat, and had battled on. He would not make the same mistakes twice. He would not run away at the first sign of a missed paycheck. Terry still had faith in dreamers like myself — to change the world with our ideas. Yet he also possessed a priceless knowledge of the arduous journey ahead. I hired Terry for his technical skills, but moreover, his battle-tested wisdom.

If you want another ‘you’ on your team, then look into a mirror and keep dreaming. People who are just like us — they dream like us, they think like us, they act like us, they work like us, they have the same skills as us — work up to a certain point. These kinds of people are really attractive early on in a startup (around ideation and launch), because there’s no conflict of opinion, they’re on the same page with your ideas, and they work well in developing the initial product. But, that’s where they stop functioning so well it turns out.

A Co-founder’s skills should not be identical to your exact skills; their skills should be complimentary to yours, not replicative.

If you’re like me, you hate conflict and love when people agree with you. The big issue with that is, if you are pursuing something worth pursuing, you need both someone who can see the dream, but also challenge you and push back at various stages of the game. You need someone who has some overlap in skills so you can systematically execute on goals, but also someone who has complimentary skills that ripen over time and can become the Ying to your startup Yang.

Reid Hoffman, Co-founder of LinkedIn® and Partner at Greylock, says “[Early on] Startups need Generalists” — people who can wear all of the hats, as the needs crop up. “[As the company scales], Specialists are needed”. That’s why a Technically minded Co-founder and a Generalist Marketing/Managerial Type work well together in a founding team on a software startup. That’s why a seasoned Chef and a Creative Manager work well to launch new Restaurants. That’s why a creative, introverted Designer works well with an extroverted, passionate Operationalist.

You need complimentary, not replicative skillsets in a Cofounder. Someone who pushes back when you ardently press forward. A specialist when the micro needs fixing. A generalist when the macro demands a pivot. And, an ethically-driven leader no matter what the situation calls for. Easy to find? Hardly. Worth the wait for the right fit? Definitely.

Photo by Alex Iby on Unsplash

I don’t know who needs to hear this right now, but you don’t need a 50-page business plan to build a #startup. You need your first 50 paying customers to love it and tell their friends. #nostartupleftbehind #nostartupleftbehindarmy #startups #SupportSmallBusiness #entrepreneurship #founders #businesstips ... See MoreSee Less
View on Facebook
· Share

The Founder’s Fumble is that often-times, messy, confusing, frustrating time when you’re trying to get a project or task completed and you keep coming up against the same issue, or the existing market solutions simply aren’t giving you the results you desire. There’s opportunity waiting here for you if you can just open your eyes up to seeing problems as opportunities for potential businesses, not just as impediments to your day. If you’re stuck in the ideation process trying to figure out what type of business to build, take a closer look at the Founder’s Fumble - you’ll often surprise yourself and find more hidden gems 💎 of ideas waiting to be built. The beauty is, is that you’ll inherently know the problem and what the solution SHOULD look like. That’s often enough to get started with. Many successful startups have been built from the Founder’s Fumble - Airbnb (trying to find a way to make some quick cash by renting out a couch), Facebook (wouldn’t it be cool if we could gamify dating and vote on who is most popular at Harvard?), Google (wouldn’t it save us time if we could index results of websites so we could find what we need faster?), CliffBar (wouldn’t it be great if there was a protein bar that didn’t taste like a protein bar and was actually good for you?) the list goes on and on. If you have ever asked yourself the questions highlighted, then you might just hold the keys to starting your own venture. #startups #entrepreneurship #nostartupleftbehind #founders #designthinking #designthinkingprocess #designthinkers #userexperiencedesign ... See MoreSee Less

Did you know that the average e-commerce store has a conversion rate of only 1-2%? For every 100 visitors, 1-2 buy. 98% don’t. So how do you increase e-commerce conversion rate? Here’s 5 ways that’s worked for me:1. Site Speed: You must have a site that loads in under 3 seconds per page for good conversions, and under 2 seconds for great conversions. Slow sites kill your users’ experiences with your brand and builds frustration, thus, lowers conversions. 2. Secure the Checkout: A no-brainer here, if your site isn’t SSL encrypted, your customer’s data and credit card info is exposed to potential hacks and theft. Install an SSL certificate, or use a platform that already offers HTTPS connection for each page like Shopify or WooCommerce. This also helps with higher search rankings with Google. 3. Enhanced PDPs: Simplify product detail pages (PDPs) and enhance them with large, clear, engaging photos of the product up-close, in action, and in its packaging. Too much descriptive text can cause indecision, and grainy, low resolution photos don’t build confidence in the product your shoppers are seeking. 4. Offer multiple payment options: Affirm, PayPal, Shopify Payments, Klarna and more offer your shoppers with a wider array of convenient, trustworthy choice to finance their purchases, and that means they feel that you care more about them. More payment options like installment payments lowers the perceived financial investment today for many, and thus, drives higher conversion rates. Moreover, offering turn-key payment options enables your shoppers to check-out faster using previously entered and saved data, and eliminates the need to re-enter their financially sensitive info. Lastly, and this may sound minute, but asking your customer to go to find their wallet for their credit card or even reach back into their pocket can often be just enough friction that makes them think twice before completing the checkout. Get rid of that friction by offering multiple payment options. 5. Mobile-Optimized Pages: Nearly half of your site’s traffic today comes from mobile. You must have a mobile-optimized site that scales appropriately based on the device size. Additionally, removing render blocking scripts, excess JavaScript, pop-ups, and other content that prevents your mobile users from easily searching and completing the checkout is supremely rewarded by Google’s algorithms. Every time you adjust your site’s content, ensure both the desktop and mobile experiences are optimized and across platforms - MAC/PC and compatible across all popular browsers Mozilla FireFox, Chrome, Edge, Explorer, Safari. Often a page change can look fine in one browser, and be way off in another. Follow these 5 quick tips to optimize your e-commerce store and customer experience. Often just a 1% lift in conversions can make a sizeable impact on your company’s bottom-line results. Imagine a $10,000/month revenue-run rate website - that lives off of the 1% of traffic they convert. Doubling the conversion rate to 2% could double the business to $20,000/month or $240,000 per year. It’s worth getting there. #nostartupleftbehind #startups #SupportSmallBusiness #ecommerce #ecommercebusiness #uxdesign #ecommercetips #ecommercemarketing #ecommercesolutions #ecommercewebsite #entrepreneurship ... See MoreSee Less